Life in a Senior Residence Community is challenging and cherished.

Did you know that there is an International Day of Peace? I had noticed that some of my calendars note it, but generally not. One young man, Jeremy Gilley, with vision and determination, has convinced the United Nations to pass resolution 55/282 to declare September 21 International Day of Peace, a day of cease fire and non-violence. Peace on the war-front and peace in homes and hearts. END_OF_DOCUMENT_TOKEN_TO_BE_REPLACED

How Dancing Just Might Bring Peace to the World

A young man with an idea, Matt Harding dances with groups of randomly assembled people all over the world. It isn’t expert dancing, just for fun.

One man (and his camera crew) traveling to every corner of the world, just dancing. He doesn’t try to change anyone nor 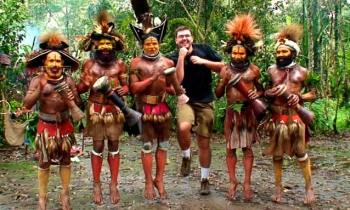 anyone’s politics, but dances with respect, coordination, cooperation, soul,  humanity and willingness.  One person, making a difference. Matt is showing us peace at its best. END_OF_DOCUMENT_TOKEN_TO_BE_REPLACED

My Trip to Washington, DC (the reason I’ve been neglecting my blog!)

Last weekend, daughter-in-law Holly and I flew to Washington, DC, to visit her daughter. Jenny is poised, graceful, 21 and over-the-moon happy to be in DC. (“We don’t call it Washington, Gran. Washington is a state in the northwest. We here are in DC!”…oh.)  She has an internship with National Geographic. (“Everyone here calls it Nat Geo.”…oh.) As a photography major at Cal Poly, Jenny is in her element working with photos for the kids’ “Nat Geo” magazine. Holly and I followed Jenny from one neighborhood to the next, through the intricacies of the metro and enjoyed eating at her favorite restaurants – everything that she discovered in the past month she’s lived in our Capital.

We took the metro to a station near Capital Hill and walked the few blocks up to the Library of Congress. The Thomas Jefferson building is the perfect demonstration of Italian Renaissance architecture, from the fountain of Zeus and Neptune to the pillars, mosaics and painted ceilings. A docent led us through the highlights, explained the endless symbolism and described the history of the library. We learned that it is called the Library of Congress because Thomas Jefferson thought all congressional representatives needed access to resource books on every possible subject. So today, 838 miles of shelves hold two copies of almost every book published in the United States. Two of my books, Tell Me a Story and Walking for Our Lives, are somewhere in those 838 miles. END_OF_DOCUMENT_TOKEN_TO_BE_REPLACED

Tuesdays and Thursdays on the March

This is an excerpt from pages 78-79 in Walking for Our Lives. In these paragraphs, the Great Peace March, a little town walking east on our way to Washington, DC., is climbing the West Slope of the Rockies

On Tuesdays and Thursdays, the days we didn’t walk because those were our work-days, Shelah and I wakened a little later than usual to the symphony of zippers zipping and Velcro ripping. As others were preparing to walk, we picked up our notepads and found Peace City’s  Mayor Diane to see what she needed us to do.  Diane had the exuberance of the nursery school teacher she had been. She had won the mayor’s position after she started the trash patrol along the routes we walked. She had set the example by collecting aluminum cans and glass bottles to recycle, as well as stuffing roadside garbage into plastic bags to be taken to a dump. Dubbed the Litter Lady, she was organized and colorful, animated, and always recognizable in her perky red hat. Often she asked Shelah and me to find the mayors of the next three towns, set up Keys and Trees Ceremonies, and let the Chamber of Commerce know about the Peace March’s arrival. END_OF_DOCUMENT_TOKEN_TO_BE_REPLACED

Occupy the Highway vs Great Peace March for Nuclear Disarmament

As I watch Occupy Wall Street participants march from New York to Washington DC, I recall vividly the walk we on the Great Peace March for Global Nuclear Disarmament did twenty five years ago. It was cold in November with drenching rain that flooded our campsites in New Jersey, Delaware and Maryland. But we trooped along, buoyant and cheerful, determined, confident after more than eight months on the road.

A two-week walk of 240 miles is just as significant today as we were then. I believe that the dozen or so Occupy marchers who left New York will be joined by other hopeful people – a variety of folks who gain courage from the core group  and are willing to join a cause larger than themselves to speak up. END_OF_DOCUMENT_TOKEN_TO_BE_REPLACED

Last Friday Cheri O’Neil, a freelance writer for Capitola Patch met with me to discuss Walking for our Lives,  spreading peace and my memoir writing workshops. I very much enjoyed chatting on and on all about me!  It was fun to be heard. Rather like the sense we get from writing our memoirs: we are heard! 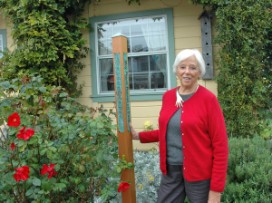 I learned some interesting facts about Cheri’s life, also. So, Cheri’s and my interview was  a trade of information. Maybe even the beginning of a friendship, since she lives within walking distance of my house and may come walk the labyrinth, my on-site “temple of peace.” END_OF_DOCUMENT_TOKEN_TO_BE_REPLACED

Have We Changed the World?

Last weekend, I drove down to Ventura to join the 25th reunion of the Great Peace March. At Emma Woods State Park, 150 of us gathered to renew our well-forged friendships. I had attended only one reunion in the past 25 years, and I was blown away by the camaraderie, compassion, consideration and good humor of everyone there. We lined up for meals as we did on the Great Peace March, we sang songs as we did, about a dozen people presented a goofy wedding skit, similar to skits on the Great Peace March, and we had an ice cream social. The predominant feeling I had was one of delighted awe: we were a large family full of highly developed individuals – not a wimp in the bunch! END_OF_DOCUMENT_TOKEN_TO_BE_REPLACED

We all have stories to tell.... and remember we don't have to start at the beginning!

A few times every year, I help those interested in writing their own memoirs gain confidence and comfort with writing, and offer advice on memoir writing that I have gained from my own experience as an author.

Testimonials:
"What a wonderful day I had on Saturday attending your workshop. Not only did you make writing memoirs much easier than I would have imagined, but you held a space for creativity and it surrounded us, making writing our memoirs exciting and delightful. I’m on my way to writing my stories for my children."

"I was hoping the workshop could inspire and catalyze me to move from thinking about writing to actually doing it," One participant said. "Donna's advice to simply "tell our story" makes writing more accessible to me. I leave the workshop with eagerness and resolve to enjoy my ten minutes of daily writing."

"I have been inspired to write my story and about a few other interesting people in my life, too. I got some really good insights and enjoyed it!"